The Battlestar 200W TC Mod is a compact and powerful mod from Smoant. The design of this vape mod is similar to that of the Reuleaux RX2/3. The main difference between the two is that the latter is slightly bigger.

Unlike previous Smoant mods, the Battlestar 200W is not heavy. The mod, which is made of zinc alloy, has an ergonomic design. 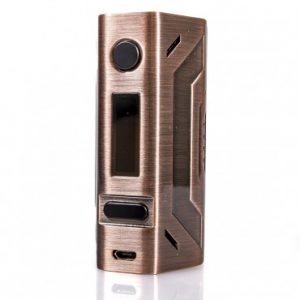 The Smoant Battlestar TC 200W Mod can be used by both seasoned vapers and newbies. It runs on dual 18650 batteries which can produce up to 200W of power. This is a lot of power. Most vapers do not usually cross the 100W mark when they’re vaping. The batteries are not included in the package, and you need to purchase them separately. Unlike other mods, the battery compartment on this mod is not at its base. Instead, it is at the back of it. The battery compartment features a magnetic cover flap that allows you to remove it easily and attach it back firmly

Beside its humongous power capacity, the Smoant Battlestar Mod comes in so many colors to choose from that you’ll be spoiled for choice. This mod is available in 17 different colors including white, black, copper, stainless steel, yellow, camo, golden, rainbow, blue, red, and orange.  The Smoant Battlestar 200W Mod is priced at about $34.95 in most online vaping shops.

The Battlestar 200W Mod easily fits in the palm thanks to its flat back design. It has a dimension of 83mm by 40mm. It weighs only 105g. This mod can be used with just about any atomizer on the market, and you won’t get any overhang. Even attys with a width of 25mm will fit nicely. Smoant recommends that you use the Battlestar RDTA with this mod. There is a 510 connector on the top of the mod for attaching your atomizer.

On the front side of the Smoant Battlestar 200W Mod are the fire button, screen, and up-and-down control button. The buttons on this mod are very responsive. The coils start heating almost instantly when you press the firing button.

The Battlestar supports many modes to allow you customize your vaping experience. Besides Temperature Coefficient of Relativity (TCR), wattage, and temperature mode, the mod also has three memory modes. In wattage mode, this mod can support a resistance as low as 0.1ohm. In temperature mode, the minimum resistance is even lower at 0.05ohm. The mod has a maximum temperature of 600 degrees Fahrenheit. The mod supports nickel, stainless steel, titanium, and nickel-chromium coils in temperature control mode. TCR mode allows you to control the settings of the mod when you are using a coil made of materials like gold, silver, and copper.

The Smoant Battlestar 200W comes with many safety features including low resistance protection, overheating protection, and reverse polarity protection. There are ventilation ports on the side of this mod and at its base to keep the internal components well aerated. 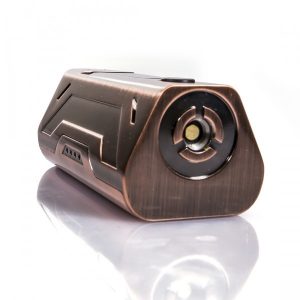 The Battlestar comes with a micro USB charging cable. There is a USB port on the lower section of the front of the mod for charging it. The micro USB cable can also be used to upgrade the firmware of the mod.

Overall, the Smoant Battlestar 200W is a colorful mod with high wattage. It is also quite affordable and is easy to use. This mod would get the job done whether you’re a cloud chaser or you just need more power from your mod.

Smoant is a popular name in the vaping industry. The company has many products to its name. Apart from the Battlestar 200W Mod, some of Smoant’s other top-rated products include the Battlestar RTDA Tank, the Charon TC 218 Mod, and the Talos V1 Tank.